Choosing Peace in the Face of Terrorism

Choosing Peace in the Face of Terrorism

After the terror attacks of 9/11, Mike suffered from severe anxiety. He lost a friend in the terrorist attacks and saw havoc created in his friend’s family. Despite good diet and exercise, stress has kept Mike from sleeping and contributed to high blood pressure. Mike was driving his family nuts, as he tried to “make sure they are safe” — including keeping them from going to Manhattan unless absolutely necessary.

Janice, a generally optimistic, easy-going person, has been experiencing mild anxiety and depression lately. She just hasn’t been herself with no conscious explanation. Yet, when asked if she was concerned about the terrorist threat, spoke of her fears of harm to herself and loved ones, as well as fear of financial consequences. 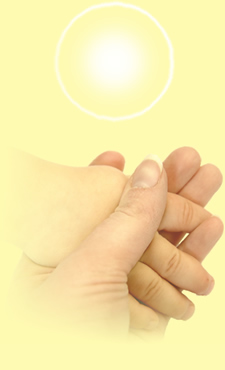 Others, such as Lois, are experiencing no noticeable effects of terrorism or its related energy patterns — the “energetic” — around us. Yet we are all affected to different degrees, whether we know it or not.

Terrorism fears can often be related to a feeling of powerlessness over situations that we perceive are beyond our control. While we may not be able to directly control whether or not terrorists attack, we can gain more control over our own responses. This impacts our sense of well-being and influences our safety in the event of an attack. We may react more quickly and effectively when in danger, pay better attention to our own intuition, and be the attracter of positive rather than disturbing experiences — the one who is in the right place at the right time.

Further, our own state of peace or frenzy will contribute to that state in others — our friends, family, students, clients — near and not so near to us. We are all connected, and how we respond affects not only us but others as well. In fact, our own perspective, and how we handle our own energetic state, may actually impact the terrorists themselves. As David R. Hawkins, M.D., Ph.D. explains, every individual that raises their consciousness affects the consciousness of all mankind, “every loving or compassionate thought outweighs many thousands of negative thoughts held by others.”

So we are told we should be peaceful, choose happiness, do the right thing, etc. The question is: how do we achieve these states, how do we do it? “Doing it” requires some understanding of how fear operates in our psyche and tools to help us deal with it. I am talking about not only a way of dealing with terrorism, which triggers our most basic survival reactions, but all fear. So long as we attribute our happiness to external factors, we will be vulnerable and much of our activities will be unconscious attempts to avoid fear.

And since fear — conscious or not — is so pervasive in life, I am suggesting a way of relating to and living life itself. This is not an approach that supports pushing away fear, going into denial or feigning optimism. Rather, it encourages you to face your fears, and the thoughts and feelings that come with them. In the case of terrorism, acknowledge what could happen and prepare accordingly. No you needn’t build a bomb shelter, but perhaps storing some extra water, canned supplies, family strategies for meeting, extra cash in the house and charged cell phones will make you feel as though you have some measure of control over the situation. At the same time, don’t put a lot of attention on the “horrific things” that can happen.

Easier said than done — the very act of trying “not to think about monkeys” brings the thought front and center, and can make you a magnet for the very things you don’t want in your life. Instead, put your attention on what you want to attract. BE the peace and good that you desire to see reflected back in your life. Quantum science is proving that what is within is reflected without — our emotional states are reflected in the world around us. Make a conscious decision to feel in your body the way you would if the world were at peace. Don’t pretend we are at peace, but decide to embody that feeling. You can’t know exactly how you would feel if the world was filled with peace, but you can take on the feeling you think you would experience.

You might find it easier to do this if you first focus on your midline — the vertical going through the center of your body. You can do this by thinking, visualizing or sensing the vertical line going through the center of you body. It is also helpful to do a simple breathing technique where you take a deep breath, bringing energy up your spine to your crown chakra. Once you are feeling grounded and centered, bring in those feelings of goodness and peace.

Mike utilized these principles and learned to confront his fears. He considered what could happen to his family if he were killed in an attack, how would he and his wife survive if something happened to their children. He dealt with these concerns practically and energetically — which included his mental, emotional, and spiritual processes. Mike got his finances in place to take care of his family. He also learned how to handle his stress and anxiety. When distressed, he focused on his midline and brought his energy solidly into his body. Mike began to make more conscious choices about how he wanted to live his life. Instead of modeling denial or succumbing to fear, he helped his children learn to handle their feelings and deal directly with their problems. He encouraged them to “confront things as best as you can, take appropriate action, and as much as possible come from the place you want to live in — peace, happiness and abundance. Go for the life you want, no matter what the external world appears to be presenting.”

Understanding what is underneath our concerns and feelings often helps us deal with our fears. Janice was finding it hard to shake her feelings of anxiety and depression. However, when she became aware that her concerns about terrorism were triggering earlier fears, she was able to shift the energy patterns she was stuck in. Janice became “her old self.” Praying also helped Janice feel more empowered. She prayed by herself and as part of a group of individuals throughout the world that prayed for peace at set times. Janice used a form of prayer that encompassed quantum principles and spirituality. She prayed for peace from a place of peace, invoking the feeling that peace already exists. She thanked God for giving her the option to choose peace. As research is making apparent, more than one possible outcome exists in any situation — including the terrorist situation confronting us today — and how each of us responds makes a difference. Gregg Braden, researching science and spirituality, finds that studies in Jerusalem and other large cities show the first effects of prayer or meditation may be seen when the number of people participating was greater than the square root of one percent of the population. That is only one hundred people in a population of one million!

The more of us that choose to pray, meditate, or shift our energy field, the better the chance to affect the outcome. Research shows that the more of us that focus on peace the greater the chance that it will manifest in the world. Working with our fears, we become empowered — we can actually make a difference. Whatever happens in the world, each of us has the choice of inner peace, and the gift of knowing that we did something to make a difference.

Get our No Doubt Zone™ VIP Updates

Your name and email won't be shared, sold or abused and is 100% secure.